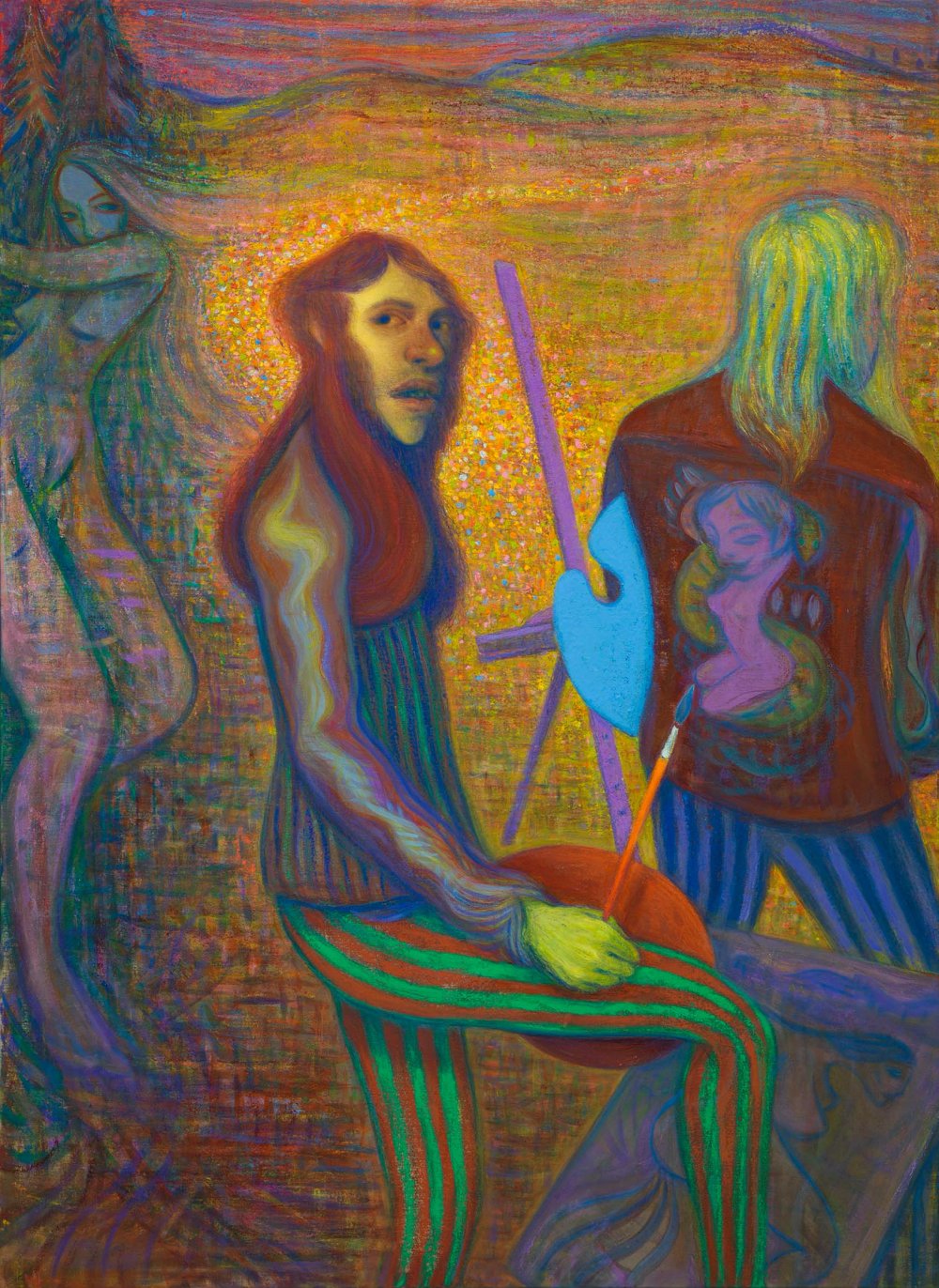 Over the span of nearly twenty-five years, Canadian artist Steven Shearer (b. 1968) has developed a painting practice that weds canonical art history to the contemporary moment, specifically its more plebeian or subterranean expressions. His work, which also includes drawing, assemblage, sculpture, and installation, deploys a wide range of references as well as a vast archive of historical and contemporary found images. Rendered in a visceral fauvist palette, his compositions feature figures that recall classical subjects like the artist in his studio or the Rückenfigur, and incorporate his interest in the lo-fi iconography of popular music and the allure and alienation of participatory youth cultures grounded in these musical netherworlds. Shearer’s sources conflate androgynous, long-haired metalheads, 1970s teen heartthrob Leif Garrett, and the cover of Black Sabbath’s 1983 album Born Again with the proto-modernist archetypes of Edvard Munch and Henri de Toulouse-Lautrec and the ambiguously gendered figures of symbolist Gustave Moreau, as well as Renaissance masters such as Pieter Bruegel and Leonardo da Vinci. The archival impulse that unites these disparate referential systems is rooted in a rigorous, quasi-forensic interest in how images are made, and how the world is constituted by images, in both a symbolic and literal, bodily sense. Shearer’s abiding interest is in making artworks that explore how we remember and idealize each other—in the romance of retrospection. Today’s hypertrophic image culture echoes how people have captured and depicted each other throughout history, and his work poignantly seizes upon these very references, reimagining them in his own distinct visual vocabulary.