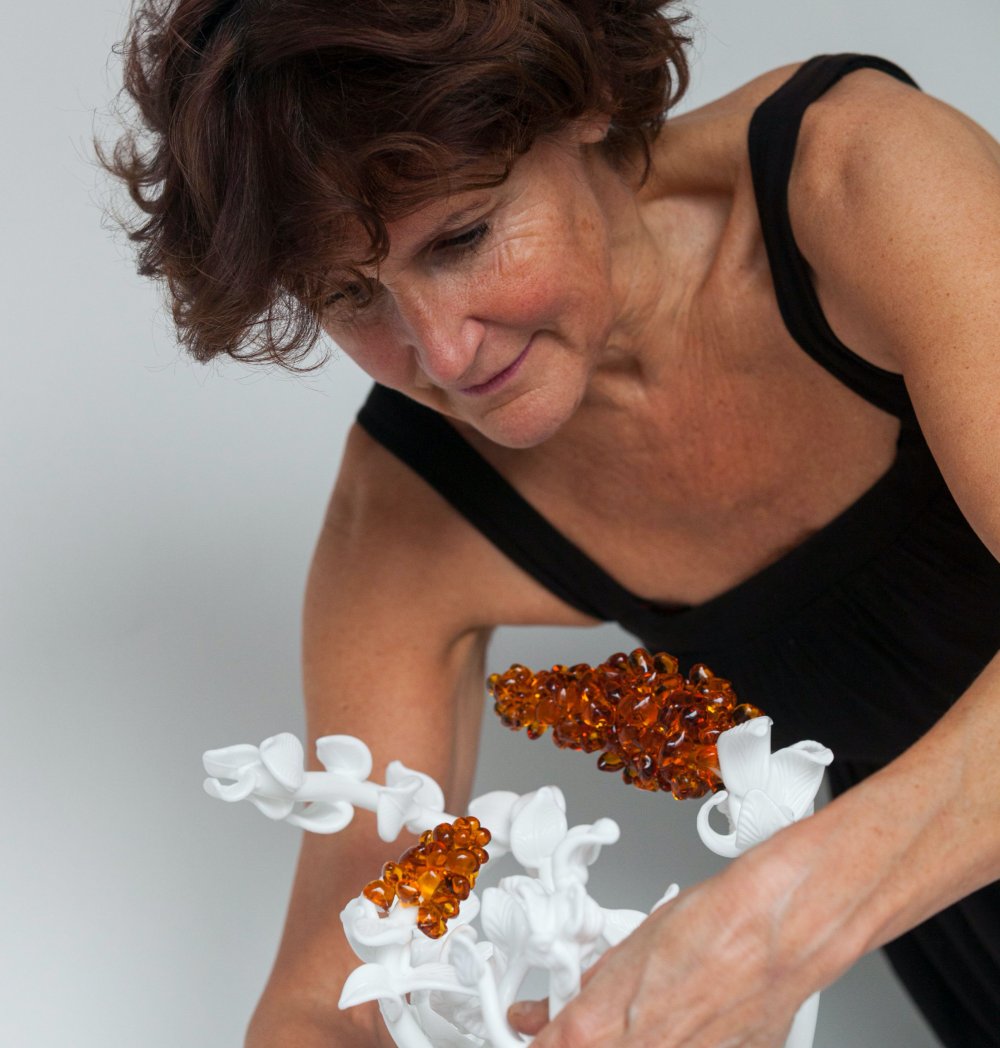 Barbara Nanning was born in The Hague in 1957 and following her studies at Gerrit Rietveld Academy, Amsterdam she initially made a name for herself in the international art scene with unusual unique ceramic works. After that, she began working in glass under a commission from the National Glass Museum and the Royal Leerdam Crystal. This inspired a passion for the material and her artistic career took a new direction. From the beginning of her career as a ceramicist, Nanning has always pushed the boundaries of her profession and she was one of the first artists to use paint pigments instead of glaze. For Nanning, nature with its manifold, and widespread world of shapes and colours, is an almost inexhaustible source of inspiration. Her works are filled with contradictions uniting amorphous and rigid structures, liberty and constraint, manual perfection and the use of unexpected materials.

She studies crystals, jellyfish, flowers and micro-organisms with a particular fascination with form, structure and geometry. Her work arises in species and families as is fitting from the natural world which inspires them. In 2009 she began working on the Eternal Spring collection, an installation with objects made of milky white opal glass depicting the awakening nature in spring. The installation includes snow-white branches that protrude from walls, tables and floor objects, from knots of willows or from corals. Some of these objects, including those created with the cast of an ancient pollard willow, are monumental in scale.