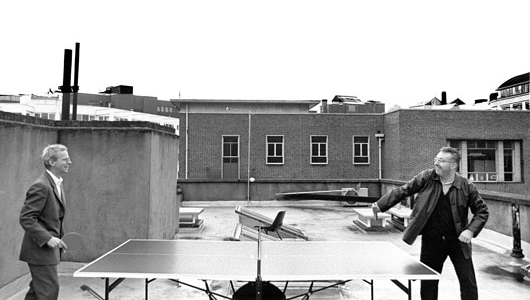 James Lingwood and Michael Morris, who have been the renowned art commissioning body’s Co-Directors for 30 years have announced that they are to step down in 2022.

Lingwood and Morris said: “It’s been a rollercoaster ride, without always knowing when the track is about to loop. Working like this demands great faith from artists, angels, our staff and board, funders, and friends too. Without their belief, Artangel could not have thrived over the past three decades and our most memorable projects would never have seen the light of day. We’ll be stepping off the rollercoaster at the end of 2022. Artangel will move forward, imagined afresh under new leadership. We’re excited to see what happens next.”