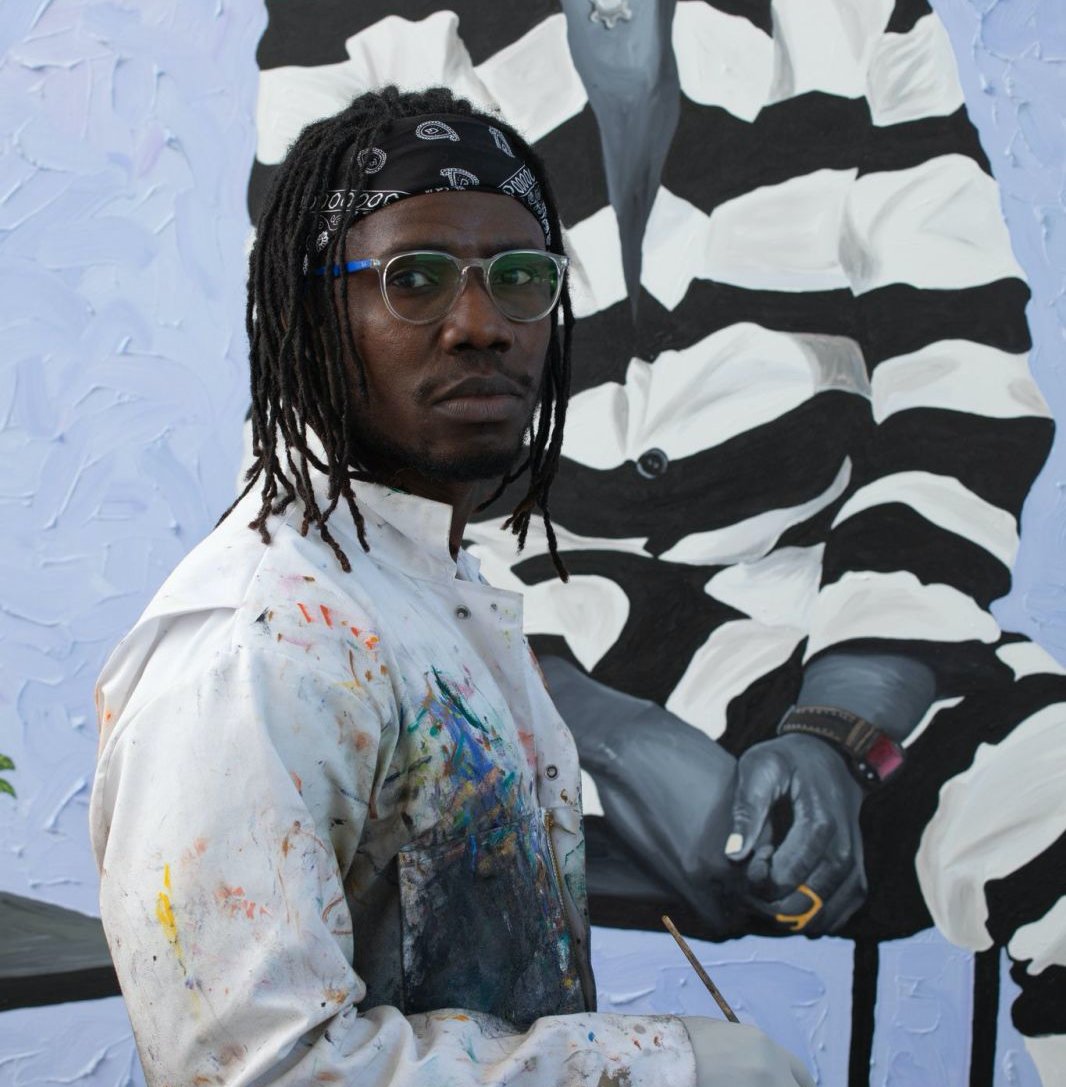 Almine Rech is pleased to announce the representation of contemporary Ghanaian artist Otis Kwame Kye Quaicoe in Europe, the UK, and China.

Born in 1988 and raised in Accra, Ghana, Otis Kwame Kye Quaicoe now lives and works in Portland, Oregon. Quaicoe presents his subjects in the form of portraiture, where he engages with ideas of empowerment through his bright and luminous depictions of figurative portraits. This is embodied in the postures of his sitters, who appear set against vibrant monochromatic backgrounds.

As a young man, Quaicoe developed a fascination with stylized posters seen at the movie theatre in his hometown, Accra. It was there that, one day, he discovered a group of artists painting large canvases for the posters behind the main stage. This was a catalytic moment for Quaicoe, who then began drawing and painting incessantly from collected magazine clippings and ‘anything he could get his hands on’. After his studies at the Ghanatta College of Art and Design and during his photography studies, Quaicoe became deeply involved in the subject of figuration and portraiture, specifically Black portraiture.

Quaicoe began to paint from his photographs, creating highly personal and intimate yet formal and premeditated portraits. In 2019, during his residency at La Brea Studio in Los Angeles, Quaicoe began to work on the style he is known for today, utilizing pure pigment on canvas with thick, coarse textures. The paintings he produced during this period were then exhibited in his first solo show at Roberts Projects, LA.