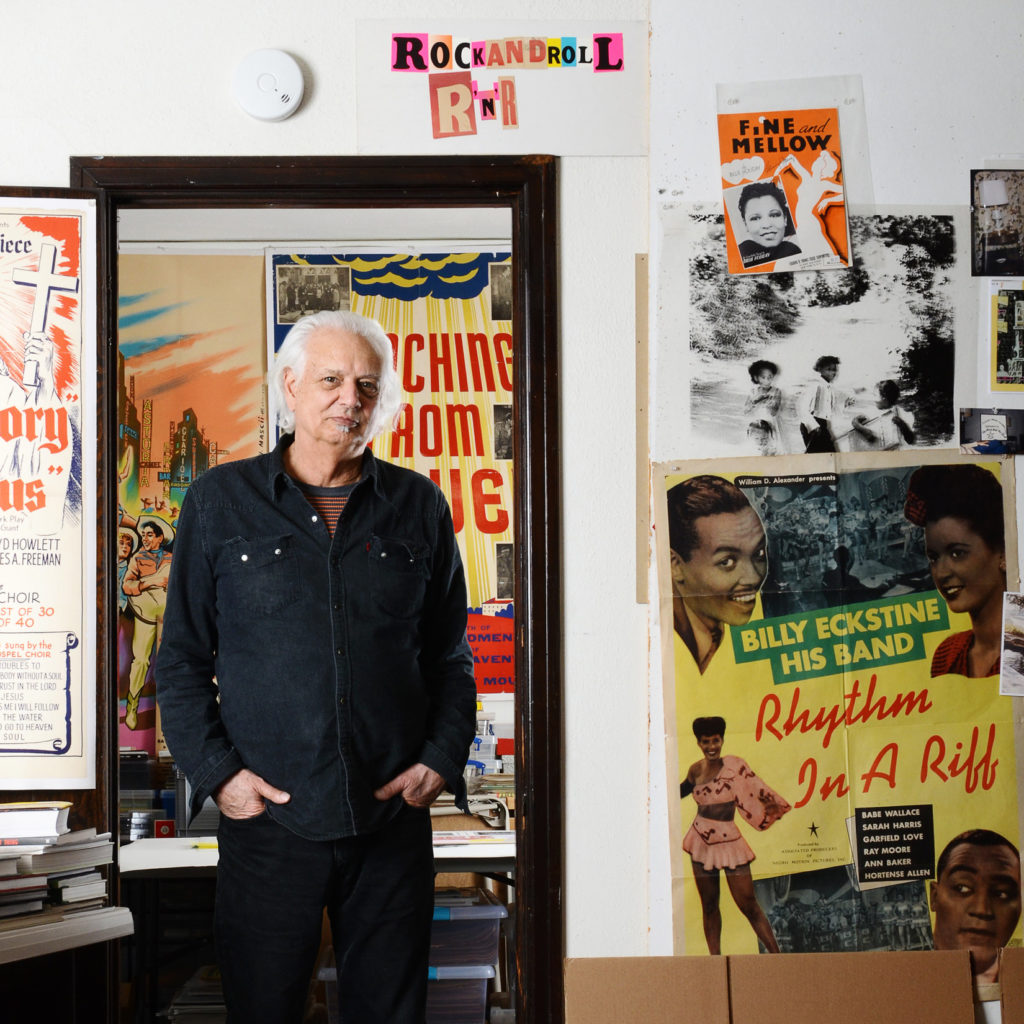 Allen Ruppersberg moved to Los Angeles in the mid-1960s with the goal of becoming an illustrator, but soon became active in an emerging scene led by artists such as John Baldessari, Ed Ruscha, William Leavitt and others who explored the intersection of language and image through the lens of mass culture. His early projects, included environments made from found objects, ironic narrative photographic works, and a hand-copied novel-launched a career-long practice of creating works that encourage both reading and viewing, weaving fact with fiction. Since those early years, Ruppersberg has worked actively between Los Angeles, New York, and Europe. His wide-ranging approach is unified by his regular use of everyday American culture, including books, posters, newspapers and magazines, records, old films, and other vintage objects drawn from his extensive collections of source material.

In his upcoming solo exhibition at Mai 36 Galerie, Ruppersberg will present his most recent collage works.